Our Rendezvous 2019, with benefit auction and dinners, is shaping right up to be a successful fundraiser to benefit the institute’s programs. Thomaston Place Auction Galleries of Thomaston, Maine will oversee the auction. The live auction will be held on Sunday afternoon, August 4th, at our historic 1829 Seaman’s Church building at 26 Middle Street in Eastport, Maine.  Auction items can now be previewed and bid on through our Auction website allowing our supporters, friends and others to view auction items and to bid on items from afar. Items are still being added to the auction. If you would like to donate an item for the auction, let us know right away. Some of the items so far include accommodation for up to eight people for a week at Taqanan cottage on Cathance Lake in Washington County, Maine; a boating excursion for up to six people to the Wolves Island near Grand Manan, New Brunswick; a late 19th century Victorian sofa; and artwork by alumni of our StudioWorks artist-in-residence program. On the day of the event, a social hour and the silent auction will begin at 2 p.m. at the Seaman’s Church and the live auction will begin at 3:30 p.m. There will be a $10 admission fee to the auction. During the auction afternoon, small appetizers and drinks will be available. 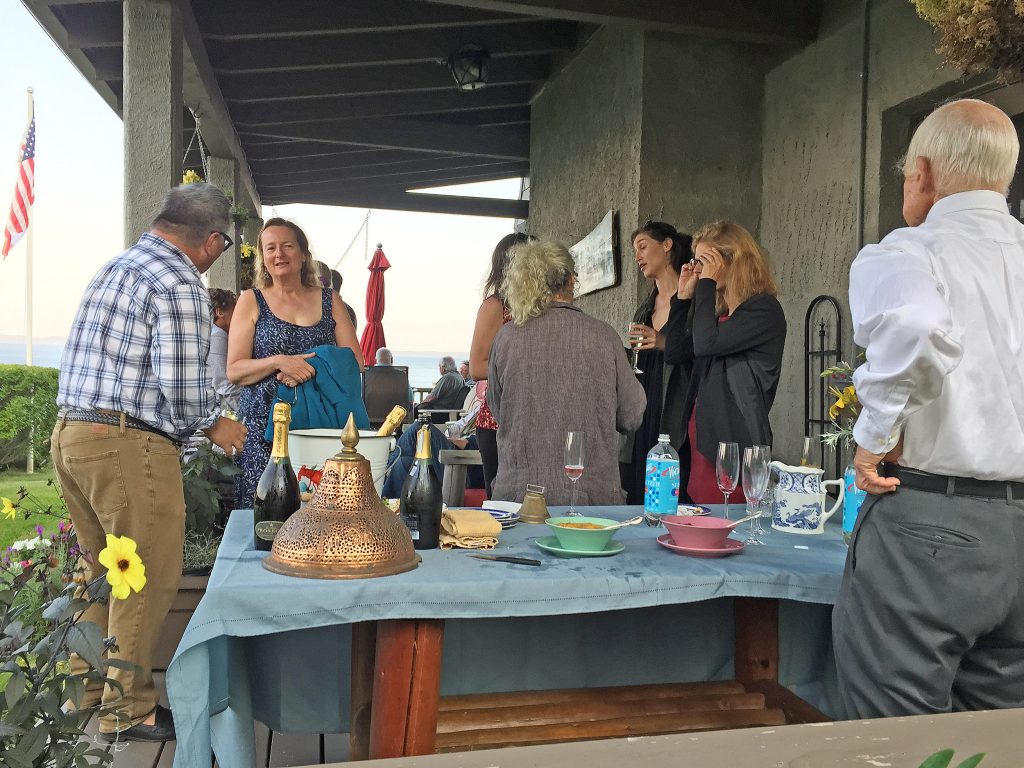 In addition to the auction, as a second fundraising event, we will also be having two special multi-course benefit dinners at 6 pm, Saturday, August 3 & Sunday, August 4. Chefs Audrey Patterson and Brennin Consalvi will be preparing the dinners with each taking the lead for one of the dinners. Menu details include:

Audrey has had a long career as a chef, from running the Chester Inn in Chester, Vermont to teaching popular cooking classes in Maine. Brennin was mentored by Audrey when he was young and is now an executive chef of five restaurants in Massachusetts. Dinners will be held at Audrey’s summer house in North Perry, Maine on the shores of Passamaquoddy Bay looking towards St. Andrews, New Brunswick. Each dinner is limited to 20 people and tickets are $150 per person. Dinners are all inclusive including beverages, desserts and appetizers. Tickets must be purchased in advance at our main building, by phone (207.853.4047) or online.